The trinidad+tobago film festival (ttff) has joined forces with the Canadian High Commission to offer a three-day intensive, basic screenwriting workshop for emerging filmmakers  who have already written at least one short screen play (film script). The workshop will be held from 24 – 26 March 2017.

Under the guidance of Canadian-Jamaican film professional, Annmarie Morais, ten – fifteen participants will be given the opportunity to develop the craft of screenwriting, to international standards.

According to Bruce Paddington, founder and festival director of the ttff: “The overall aim of the workshop is to provide support in an area that has been identified by local filmmakers, and to strengthen the capacity of Caribbean films to hold their own in an international market.” 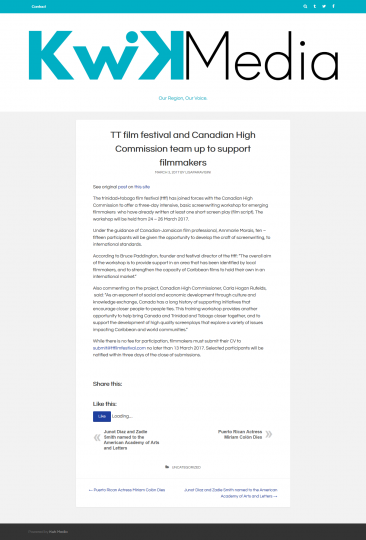