Ramcharitar provides a fascinating insight into Trinidad’s dependency on petroleum and natural gas with possible solutions to this issue. With the spectre of Petrotrin’s recent closure looming the showing was packed to near capacity. Given the stressful circumstances of the energy sector in the last few years, this film was even more relevant to the current national zeitgeist of Trinidad’s relationship with oil.

Diversification is brought up many times throughout the film. How does Trinidad “diversify” its economy? Can we? According to Ramcharitar the two stumbling blocks to diversification lie in the form of money and our own culture. To combat the “money” problem Sun, Sea and Science proposes that the answer lies in entrepreneur Anthony Sabga. Through the Sabga funded Caribbean Awards for Excellence, the businessman could almost be likened to (as strange as it would sound) a Bruce Wayne type figure from Nolan’s The Dark Knight Rises. Bruce Wayne invests in Gotham. Sabga allocates some of his resources into Trinidad’s private sector. As the saying goes- not all heroes wear capes.

We are introduced to three scientists and past winners of the Caribbean Awards for Excellence; microbiologist Dr Adesh Ramsubhag, computer scientist Prof Patrick Hosein, and medical researcher Prof Paul Teelucksingh. All of them are Trinidadians. And all of them lament the lack of financial resources devoted by the Government into their respective scientific fields. One thing is made quite clear in the film though – each of their respective disciplines are clear options the Government can invest in if it wants to break the shackles of oil dependency.

Ramcharitar then tackles the issue of culture. The film argues that Carnival takes precedence over other potentially profitable sectors of the economy. By highlighting academic research conducted into the yearly losses generated from the Government’s investment into Carnival over the past decades, Ramcharitar has a point. Why not invest a fraction of the allocation that goes into Carnival in local scientific endeavours instead? This, argues Ramcharitar, would be money better spent compared to a Carnival industry that is losing money and asking for more?

“Diversification is such an annoying word! How do you diversify? Where do you diversify?” Prime Minister Dr. Keith Rowley says in a stock clip in the film. At the Q&A session following the screening Ramcharitar stated members of the Government were given copies of the film. It would be interesting to hear Dr. Rowley’s take on it.

Go see Sun, Sea and Science: Trinidad after Oil and decide for yourself if the solution it presents makes sense or not. 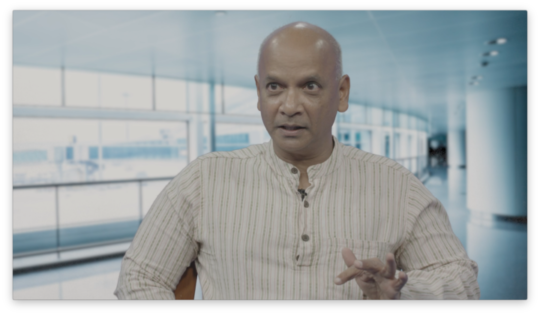