In a move designed to strengthen the local film industry, the trinidad+tobago film festival (ttff) has partnered with the British Council to host a participatory workshop for story (script) editors, screenwriters and producers from March 8 to 12, in Port-of-Spain.

The workshop will bring together up to 15 film professionals and will cover key issues common to script development and the role of the script editor in that process. 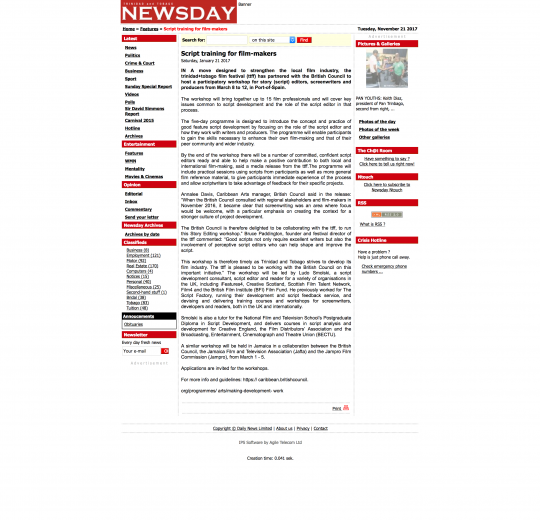