THOUGH he studied biology at university, Ludo Smolski was drawn to other things.

“I was interested in many fields but the English system forces you to choose a lot earlier on,” he says. “I was around people who were producing theatre and making short films. I was just interested in entertainment.” Smolski, 42, is leading a fiveday workshop being put on by the British Council in partnership with the Trinidad and Tobago Film Festival designed to strengthen the local film industry.

A similar exercise was done in early March in Jamaica, in partnership with film bodies there.

“I feel quite lucky that I have managed to carve out some kind of existence in the creative industries,” Smolski says during a break. 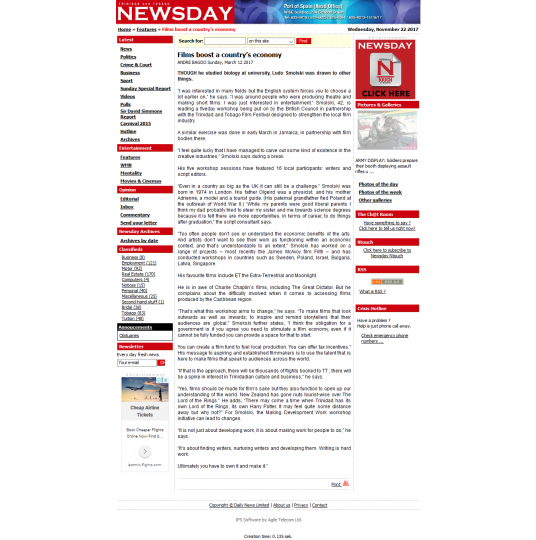