Training will include the basics of film production, scriptwriting, camera and sound. 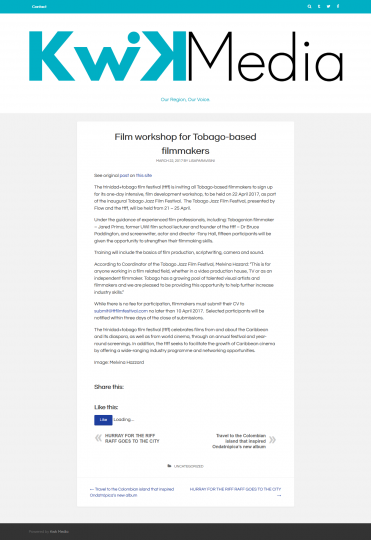