Creative Industries and the Orange Economy

A public presentation by the Inter-American Development Bank (IDB) about the impact and opportunities provided by the orange economy – which is driven and generated by the creative industries – will take place this Sunday (24 September) at the Hyatt Regency Trinidad, Jade Room, from 1.30pm.

Drawing on research presented in three IDB-funded publications, the agency’s Dr. Trinidad Zaldívar, Division Chief of the Cultural, Solidarity and Creative Affairs Division,  will present the findings, which address the importance of the orange economy for the social and economic development of Latin America and the Caribbean.

The results of the research are contained in three publications:

The Orange Economy: An Infinite Opportunity

Orange Economy: Innovations you may not know were from Latin America and the Caribbean; and

Future Landscapes of the Orange Economy: Creative Pathways for Improving Lives in Latin America and the Caribbean

The presentation will be followed by a panel discussion on the state of the orange economy in TT, where it’s heading and what can be done to further develop it.

The event, which is sponsored by the IDB, is being held under the umbrella of the trinidad+tobago film festival.  Everyone involved in, or interested in, the creative sector is invited to attend.For further information visit:

Dr. Zaldívar’s experience includes change management, international development practices, cultural analysis, and creative industries. An author of more than 20 articles and books on Chilean culture and institutions, Dr. Zaldívar has led research and writing projects ranging from policy analysis to scriptwriting. She worked in executive positions at the Organisation of American States and the World Bank Group, prior to the IDB and has provided numerous cultural organisations with fundraising support.

Yao Ramesar – is a prominent Caribbean filmmaker who has created over 120 films on the people, history and culture of Trinidad and Tobago, screening throughout the world. He was honoured as the Caribbean’s first Laureate in Arts and Letters, at the inaugural Caribbean Awards for Excellence (ANSCAFE) in 2006, and served as the first filmmaker in residence at the University of the West Indies, St. Augustine, in 2007.

Camille Selvon Abrahams – is the founder and creative director of the Caribbean’s first animation and new media festival – Animae Caribe. In celebration of the 15th Anniversary of Animae Caribe Festival in 2016, she collaborated with the IDB on an exhibition at the IDB headquarters on Caribbean animations submitted to the festival over the previous fifteen years. She also founded the Full Circle Production Animation Studio, a state-of-the-art production and training facility for young animators. The Studio was previously selected as an IDB Hidden Champion Finalist for the Korean Animation Summit.  Abrahams is the current programme coordinator and senior instructor in animation at the University of Trinidad and Tobago (UTT).

Dr. Marielle Barrow – is a social entrepreneur, visual artist and Fulbright Scholar, former and visiting scholar at Columbia University, New York and a visiting scholar at Rutgers Advanced Institute of Critical Caribbean Studies. In 2011 she launched Caribbean InTransit, a non-profit entity in the US and the Caribbean, as a mechanism for social development through the arts. The organsation includes a flagship outreach program called “This is Me” – a workshop series that focuses on arts, leadership and entrepreneurship, targeting underserved groups in the Caribbean such as at-risk youth, women and persons living with HIV/Aids.

Mr. Johann Chuckaree – is a nationally recognised steelpan musician who is a section leader and senior member of Petrotrin Phase II Groove Steel Orchestra. He has produced several works as a solo artist and has a software company that creates steelpan samples for musicians and recording artists. The latter is an example of how he has combined his academic training in information communications technology management with his love for music. In 2017, Mr. Chuckaree was one of three Caribbean musicians out of 62 applicants that was selected to participate in a Summer Lab co-sponsored by the IDB, Berklee College of Music and the Open Music Initiative. The primary purpose of the lab was to introduce participants to the use of blockchain to monetize their creations. 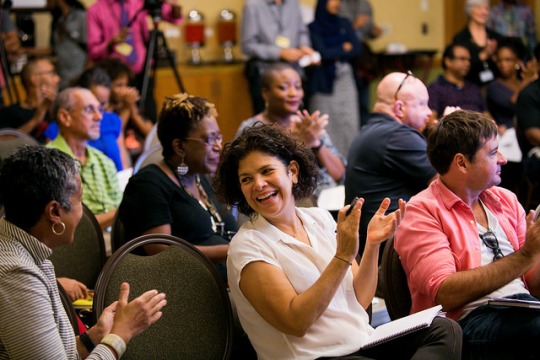