Cast members, production staff and well wishers gathered at the Central Bank Auditorium to celebrate the very best of the Trinidad & Tobago Film Festival 2017, at its awards ceremony on Tuesday evening. After a hectic week of film screenings, talks and panel discussions, folks involved in the film industry got a chance to talk about, cheer on and congratulate the winner and runners-up.

Columbus Communications (Flow) was the festival’s presenting sponsor and its director of marketing Cindy Ann Gatt, said in her short address that the company being proud to see that cinemas were fully booked during the various screenings in Trinidad and in Tobago for the first time. 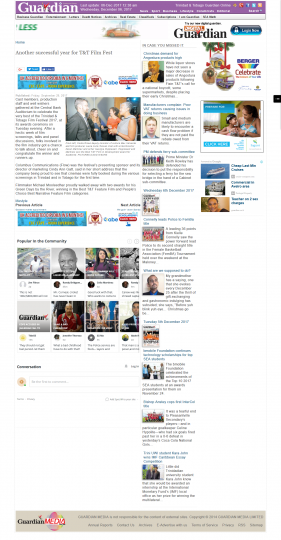