SIXTEEN local film-makers and writers have been selected to participate in the British Council’s script development workshop, to be held in partnership with the trinidad+tobago film festival (ttff).

The participants were chosen after an open call for applications, in which they had to submit their own script or write a critique of someone else’s.

The selection panel comprised a representative of the British Council, the ttff and an independent adjudicator. In keeping with the British Council’s transparency policies, the identity of the applicants remained unknown to the judges until their final selections were made. 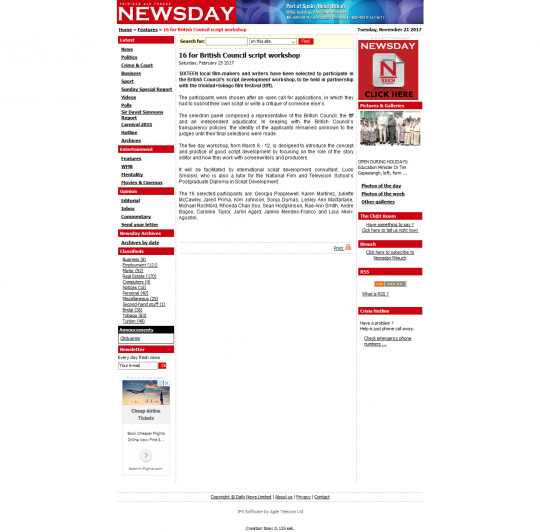