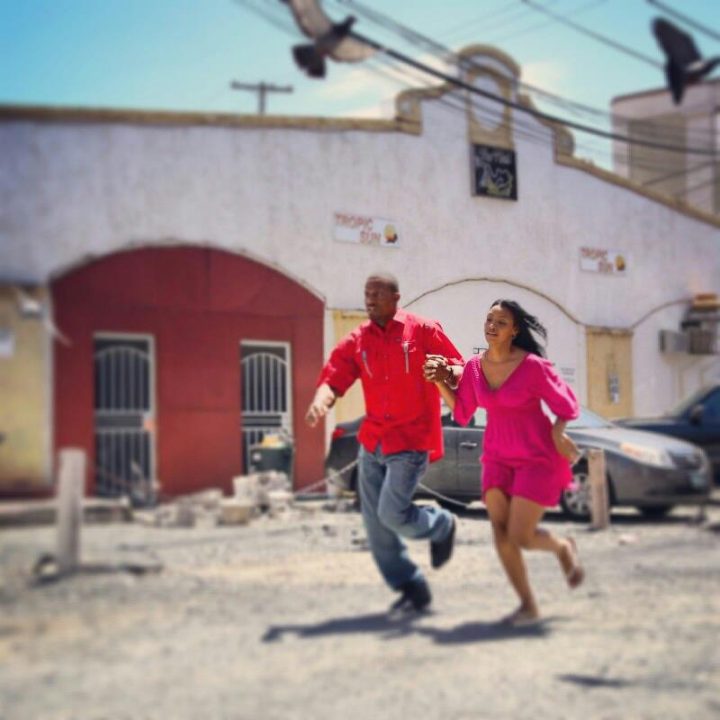 Set on the island of St. Thomas, ‘Timeless’, boasts of true Caribbean culture as the Carnival spirit fills the air. Cast by a variety of confident, and partially timid, ‘off the street’ actors, this film mostly targets a Caribbean audience due to its heavy island twang, dialect and substantial cultural scenery.
Director and story writer, Edward LaBorde Jr, charges this film with two enthralling love stories, both from different eras, which are interestingly connected to each other. His deliberate attempt to unravel the story slowly at first, then moderately increase the pace of suspense, is a very successful one as the audience is gripped with feelings of bewilderment, sadness and true ‘Caribbean Bacchanal’. It is safe to say that, ‘Timeless’ is indeed worth 113 minutes of anyone’s time.

Timeless begins with an air of conflict that hinges on one of the major characters, Malinda. Sitting as Senator in a court room, completely uninterested by a man’s argument about prostitution by the Venezuelan refugees entering their country, we begin to realize Malinda’s role as the antagonist of this story. The story then jumps into another setting of a field and we hear the voice of an elderly lady narrating a story about two slaves in love and how the female slave Ajuwa, lost her life while trying to save Cofie, the male slave. The elderly lady ends the story and we realize that she was telling this to a classroom of children, whose male teacher, Alphonse, we learn is another major character, and the protagonist.

Seemingly disjointed, we are taken to another scene where we meet a group of Venezuelan refugees entering the country. We later learn about the love story that ensues between Alphonse and Bianca (one of the refugees). The elderly lady returns once again to continue the story of Cofie, who now finds a new and true love in another slave girl named Abigail. As the story progresses, we learn of the broken love triangle that existed among the three slaves; Ajuwa, Cofie and Abigail and how it gave birth to the love triangle which exists in this era among Malinda, Alphonse and Bianca.

The film is almost believable as a regular box office movie with impressive cinematography and editing with the inclusion non-diegetic sounds, just at the right time. It is commendable that the photographer/cameraman used a simple cannon camera to shoot the entire film. The story’s thematic content is compelling and the scenery is gorgeous – these two factors make the very few mistakes made by the actors on screen almost irrelevant. There was one implausible moment in the latter half of the movie when Abigail looked up to the sky and saw something that could have undermined “the reality” of the film; however, the spell is in no broken by this moment and you still go on embracing the logic and momentum of the storytelling. Maybe it was the writer’s intention to snap us back to reality and to say that this film is merely fiction, since it was quite easy to get caught up in this riveting story.

‘Timeless’ is full of substance and may leave you with a sharp appetite for the next film by director LaBorde. I rate this film 8 out of 10, after all, where else can you get Caribbean life, local twang and local drama all intertwined in one outstanding movie?