There is an understanding in Trinidad and Tobago that all our citizens are born comedians. Our natural talent is finding a way to laugh, no matter how serious the situation. Maya Cozier’s 28 minute film, Short Drop, perfectly illustrates the power of Trini comedy. The plot is simple. Bartholomew, a retired civil servant, takes a drive through Port of Spain in his fossil of a car. He is mistaken for a taxi by a young woman (Shanice) and thus begins his adventure where he meets a colourful cast of characters, all from different walks of life.

Cozier uses the ‘taxi’ ride as a vessel in which themes of classism, homophobia, crime and nostalgia are explored. Whatever character we meet, we learn a little about their motives and reasons for why they are who they are. Despite the heavy subject matter, though, Short Drop is at its heart a comedy. The dialogue is sharp and deliciously executed between the actors, making the jokes hit their mark perfectly.

The most amazing aspect of Short Drop is how effective it was in making us care for characters who, on the surface, could be difficult to accept openly. From a “stush” outside woman, to a cross dresser to a gangster on the block – all characters are given a moment to shine their way into our hearts. At the centre of it all is old Bartholomew, very much able to stand his ground at the banter thrown at him, yet also an older, wiser voice of calming reason to a new generation of Trinis.

Ultimately, Short Drop reminds us that no matter whatever our background is, whatever our race or sexual orientation may be; we all share a common humanity. Everyone has a story to tell in this melting pot of an island. We are all brothers and sisters, bound together in the journey through life. I invite all Trinbagonians to jump into Bartholomew’s “ole car” for this short drop of a film. It is most definitely worth the ride. 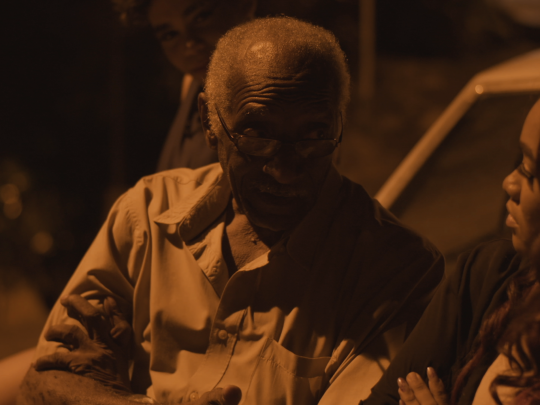