Co-directors David Maler and Andres Cubelo deliver a heart-warming, modern fairy tale with their film Reinbou (Rainbow). The year is 1965. The Dominican civil war has erupted. American troops hunt down rouge rebel fighters, their leader – the valiant Puro Leon (played by Hector Anibal) is the main target. Years later a good natured and inquisitive 7 year-old boy Maceta (played by Erick Vasquez) discovers a rainbow covered book that sends him on a quest for treasure. As the story of the book unfolds, Maceta discovers the truth about his past and the power of one’s imagination.

Reinbou serves as a piece of historical fiction with touches of fantasy elements. There is a definite Pan’s Labyrinth quality that runs throughout the film (though not nearly as dark). When Maceta discovers the mysterious book, the pages come alive (with beautifully animated images no less). A rainbow guides the wide eyed boy to discover past items buried beneath the ground. As Maceta learns later on in the film, “It does not matter how much you bury the past. It always comes back”.

A major scene that caught my attention occurs early on in the film. It happens when Maceta finds a red marble buried deep inside the muddy earth. He washes it, holds it up to the sky and sees the beauty in his discovery. One man’s trash is another’s treasure and these items, though worthless to some, are treasures to Maceta.

Editor Nino Martinez does an amazing job piecing together Reinbou. Past and present are blurred together and fantasy is merged with harsh reality by means of the film’s seamless editing. The result demands that the viewer pays close attention. As the book comes to its climax so does the film itself.  The payoff is both heartbreaking, yet hopeful.

Overall, Reinbou is a magical experience that reignited the joys of discovery and a sense of optimism that often resides in childhood. It reminds the viewer of the importance of the seemingly innocuous actions they make in life and how they will resonate through time, forever changing the future in one way or another. With such deeply moving themes emanating from the film I would recommend anyone to discover this treasure of a movie for themselves. 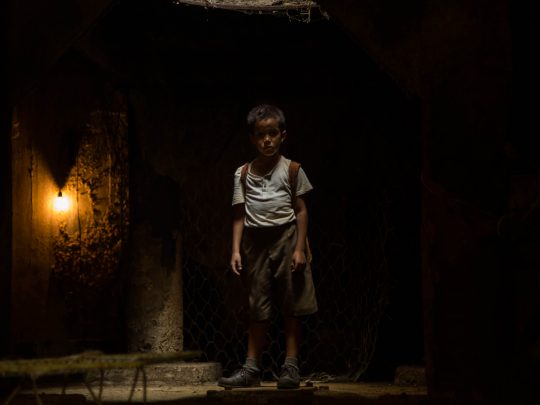