ttff talks are in depth and insightful conversations with creative masters on their creative journeys, inspiration, challenges and personal philosophies. ttff talks are presented with the support of The National Gas Company of Trinidad and Tobago.

Marcia Smith is president and co-founder of Firelight Media, which produces documentary films, provides artistic and financial support to emerging filmmakers of colour, and builds impact campaigns to connect documentaries to audiences and social justice advocates. Under her leadership, Firelight Media was honoured with a MacArthur Award for Creative and Effective Institutions. Firelight Media’s flagship Documentary Lab programme has supported more than 80 emerging filmmakers over the past decade, who have premiered at festivals such as Sundance, and gone on to earn numerous festival, Peabody and Emmy awards. 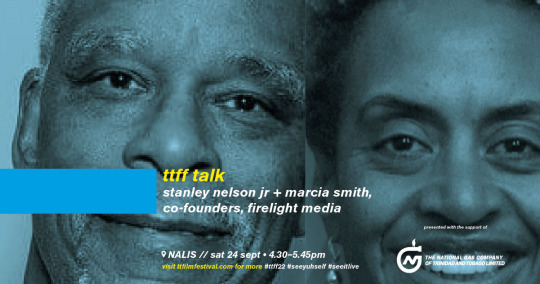