Masterclass: bringing historical figures of colour to life through documentary

Documentaries on historical figures create space for us to pay homage to those that paved the way for social change. Filmmaker Shola Lynch believes, as James Baldwin said, “History is not the past. It is the present.”  Lynch has been a member of the Academy of Motion Picture Arts and Sciences since 2016 and a Peabody, Emmy Award and Image Award winning filmmaker. While she has been working in film since 1997, she is best known for her independent documentaries on, and in-depth interviews with, the academic and activist, Angela Davis, and the visionary politician with Caribbean roots, Shirley Chisholm. Lynch is a master at relaying history in a meaningful, inspiring, and captivating way. Guided by her personal philosophy, she showcases her passion and brings stories told through the eyes of the people, the women, that lived them.

In this masterclass, Lynch will take participants through a process of deconstructing how she tells stories in her films. Also to be explored: her research process; her storytelling inspiration; finding the courage to stay with a project over many years; exploring all sides of a story and embracing controversy. She will also share insights into building a twenty-five year long career in the film business as a director.

Shola Lynch is an award-winning American filmmaker best known for the feature documentary ‘Free Angela and all political prisoners’ and the Peabody Award-winning documentary ‘Chisholm ’72: Unbought and unbossed’. Her independent film body of work and her other collaborative projects feed her passion to bring history alive with captivating stories of people, places, and events. Since 2013 she has also served as the curator of the Moving Image & Recorded Sound division of the New York Public Library’s Schomburg Center for Research in Black Culture. In 2016, Shola became a member of the Academy of Motion Picture Arts and Sciences.  Shola is currently finishing a documentary about the American sprinter, cultural icon and still World Record holder, Flo Jo. She will also helm the Apple Original film, ‘Number One on the call sheet’, which will celebrate Black achievement in the film industry, and explore what it takes for Black actresses to find success in Hollywood. Shola believes deeply in the value of preserving history and its power in storytelling. 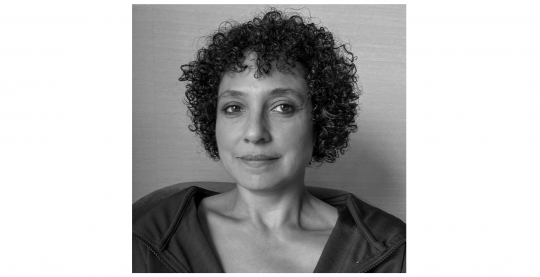