Ignacio Carrillo spent much of his life travelling through northern Colombia singing vallenato, a popular form of folk music. He accompanied himself on his legendary accordion, said to be cursed by the devil. Eventually Ignacio got married and gave up his itinerant ways, settling in a small town. When years later his wife suddenly dies, Ignacio decides to make a trek to the coast, to return his accordion to its previous owner, his former teacher and mentor.

Accompanying Ignacio is Fermin, a boy with romantic notions of becoming a juglar—a wandering musician—as Ignacio once was. Ignacio tries to discourage Fermin, as the life of a juglar brings only solitude and sadness. As they travel the awesome landscape—through savannah, desert and forest, and over mist-wreathed mountains—man and boy share a series of almost mystical adventures. These adventures not only bring them closer together, but also closer to their journey’s haunting, unexpected end.

Wole Soyinka: Child of the Forest

Akinwande Oluwole Soyinka—Wole Soyinka to the world—is one of Nigeria’s and Africa’s treasures. A novelist, poet and playwright, he won the Nobel Prize for Literature in 1986, the first African to be so honoured. Throughout his long, chequered career Soyinka has never backed down from speaking truth to power, and using his writer’s gifts to take aim at oppression, corruption and the legacy of colonialism and slavery.

This profile presents the many sides of Soyinka, from writer to activist to revolutionary. A number of interviewees including fellow writers, members of his family as well as Soyinka himself testify to his restless, inquisitive spirit, and his desire for knowledge for the betterment of country and continent. Stylized recreations of pivotal moments from his career round out this celebration of a true literary lion.

Wild Combination is a visually absorbing portrait of the seminal avant-garde composer, singer-songwriter, cellist, and disco producer, Arthur Russell. Before his untimely death from AIDS in 1992, Russell created a huge body of music that spanned both pop and the transcendent possibilities of abstract art. Now, over 15 years since his passing, his work is finally finding its audience.

Director Matt Wolf was intrigued with Russell’s music, he said, even before he had heard it. “My friend described a long forgotten gay disco auteur in a farmer’s plaid shirt, obsessively listening to mixes of his own music on the Staten Island Ferry. That image alone was enough, but when I heard the emotional intensity and the complex beauty in Arthur’s music, I was obsessed.”

Why Do Jamaicans Run So Fast?

In 2008 Jamaica created history at the Olympic Games. Led by Usain Bolt, the fastest man on the planet, this island of just about 2.7 million people beat back all comers to sweep the track events and win an astounding six gold medals. In the wake of this feat, people everywhere were asking one question: How on earth do Jamaicans run so fast?

This affectionate, lively documentary attempts to answer that question, through interviews with the gold-medal winning sprinters, their families and coaches, as well as a number of Jamaican celebrities, including some of its top musicians. In the end, what starts out as a search for the key to athletic prowess becomes so much more—a joyful, uplifting tribute to a nation and its people.

“The moment when one thing turns into another is the most beautiful moment,” says Vik Muniz, the Brazilian artist at the centre of this extraordinary film. Shot over nearly three years, Waste Land follows Muniz, arguably his country’s top contemporary artist, as he journeys from his base in Brooklyn to the world’s largest garbage dump, Jardim Gramacho, located on the outskirts of Rio de Janeiro. There he photographs an eclectic band of catadores—self-designated pickers of recyclable materials.

Muniz’s initial objective was to “paint” the catadores with garbage. However, his collaboration with these inspiring characters as they recreate photographic images of themselves out of garbage reveals both dignity and despair as the catadores begin to re-imagine their lives. Waste Land is a stirring testament to the transformative power of art and the alchemy of the human spirit.

The year is 1942, and the world is at war. Venezuela is the largest supplier of oil to the Allies and thus of strategic importance. Frank Moore, a communications specialist with the US army, travels to a small town on Venezuela’s Caribbean coast. He sets himself up in a cabin, not far from the residence of his superior, Commander Salvatierra. Frank’s mission is twofold: to protect oil tankers from possible U-boat attacks, and discover the identity of a Nazi spy within the Venezuelan army.

Frank becomes friendly with Commander Salvatierra’s wife, the beguiling Venezzia, who is partially blind. Soon the two are engaged in a passionate affair. Meanwhile, Frank suspects that he is being monitored, and is accused of being the very spy he is meant to be tracking. Will he and Venezzia find the happiness they so desperately seek, or does tragedy await them?

The Upsetter: The life and music of Lee “Scratch” Perry

In the late 1950s a country boy came to Kingston with dreams of making it in the music industry. Over the next few decades, Lee “Scratch” Perry revolutionised Jamaican music, first helping to develop reggae, and then almost single-handedly inventing dub. Along the way he worked with numerous musicians, as well as becoming a recording artist in his own right.

In this candid account of his life, Perry recalls mentoring a young Bob Marley and setting up the Black Ark studio where he made his greatest work. He also details his eventual disillusionment with Jamaica and his flight to Europe, where he spent years in a fog of drink and drugs before going clean and returning triumphantly to music. Featuring some of Perry’s best-loved songs and interviews with a host of music stars, The Upsetter is as much a history of 30 years of Jamaican music as it is an extraordinary portrait of a true genius.

A female loggerhead turtle begins life on a beach in Florida and fights to make it to the ocean at the start of one of the most extraordinary journeys in the natural world. The hatchling rides the Gulf Stream north towards the Arctic and, taking a route prescribed by her ancestors millions of years ago, swims around the entire North Atlantic, across to Africa, south to the Caribbean and, eventually, returns to Florida.

This epic journey takes 25 years to complete, and on the way the turtle faces numerous perils, even as she shares this great marine migration with a host of other creatures of the deep. She witnesses some of the disastrous changes that are happening in the Atlantic Ocean as it becomes increasingly polluted and crowded with ships—but there’s hope as she deposits her eggs in the soft sand on the beach where she was born.

Trapped in an Elevator

This comic “folk opera” begins when a man forgets his wife’s birthday. Carlton Jones buys a bagful of expensive presents in an effort to appease his beloved. He takes the elevator on his way to her but it breaks down, leaving him trapped with five other people: a woman and her unruly teenaged daughter, a man who was forced to end a relationship with his fiancée, and two women who find out they share more than a friendship.

Terra Estrangeira is an engrossing, grainy black-and-white thriller made in the best film noir tradition. It is 1990, and Brazil’s newly elected president, Fernando Collor, has frozen all personal savings accounts. Young Brazilians, fearing a bleak future, leave the country in droves. Among them is Alex, who would rather eke out an existence as a waitress in Portugal than remain in São Paolo.

Paco, meanwhile, dreams of travelling abroad, and when his mother dies, he no longer has anything keeping him in Brazil. Accepting a delivery job from a shady businessman, Paco heads off to Lisbon. When things go wrong, Paco finds himself thrown together with Alex. The two end up on the run with a violin full of uncut diamonds, and an underworld honcho on their trail. 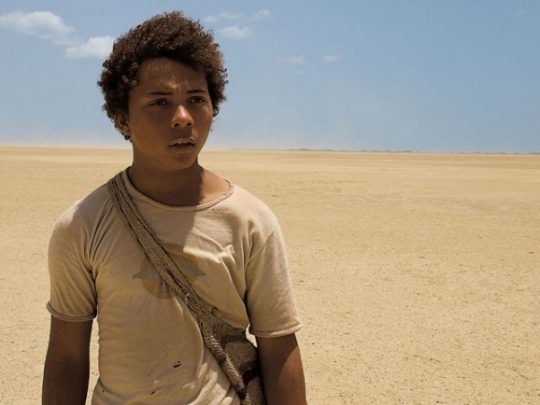 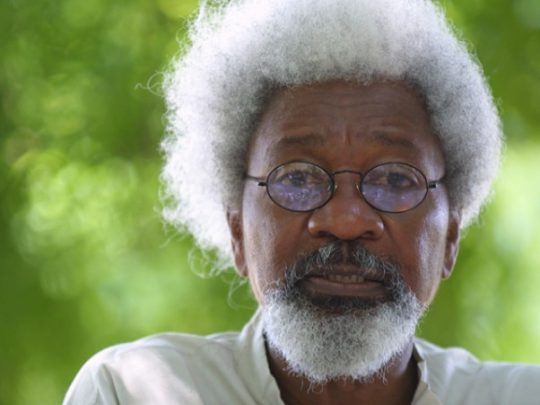 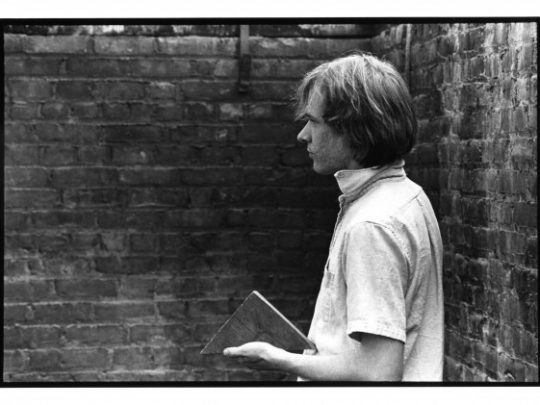 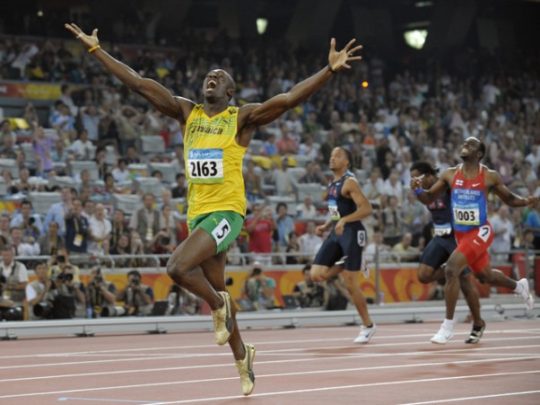 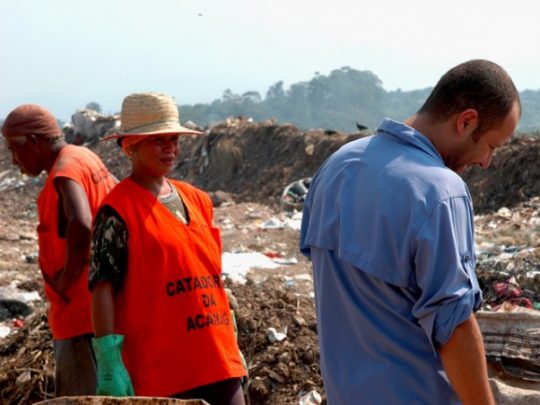 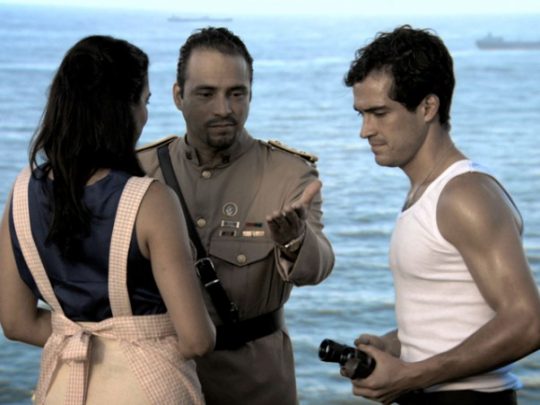 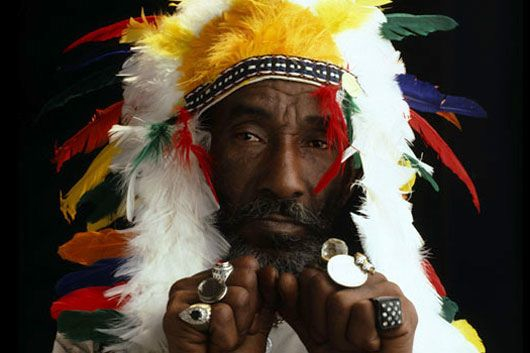 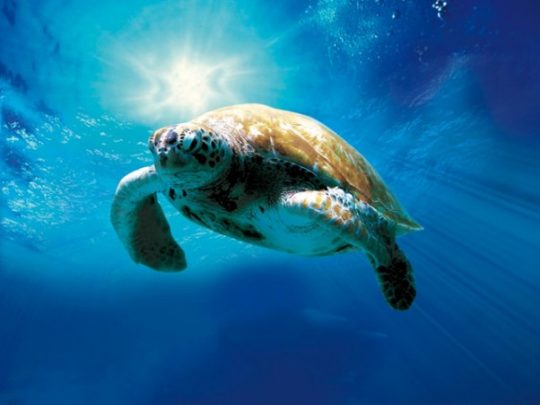 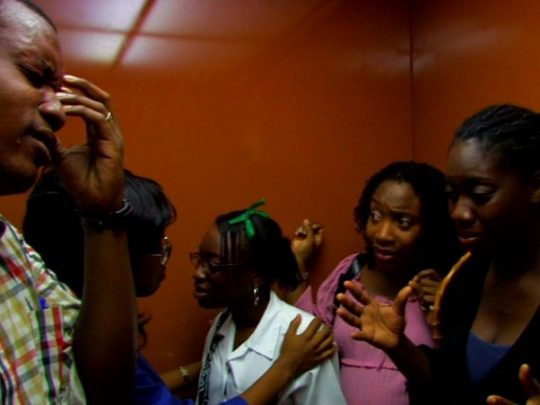 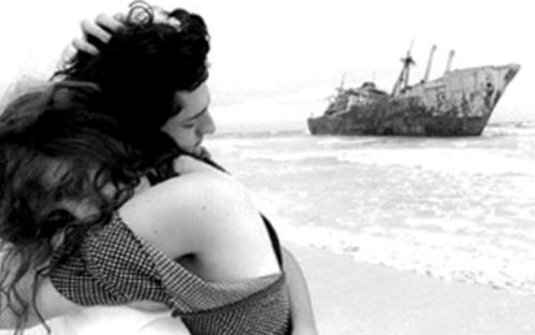