Yema (Mother) opens with an audacious sequence: Ouardia, who lives in the mountains, drags the body of her beloved dead son, Tarek, who was a soldier in the Algerian army, to her hut, where she washes and buries it. She despises her other son, a rebel leader, whom she blames for Tarek’s killing. When the rebel son is injured in combat and comes to Ouardia seeking help, she is torn between lingering resentment and maternal duty. Whether viewed as political allegory or pure human drama, this is a beautifully spare, intimate and unforgettable film. 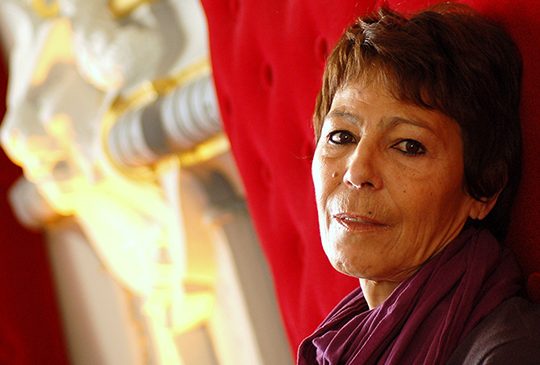 Djamila Sahraoui was born in Algeria in 1950. She studied filmmaking in France, where she lives. Her debut narrative feature was Barakat! (2006). She is also the director of several short documentaries, and feature documentaries such as In God Half Sky (1995) and And the Trees Grow in Kabylie (2003).