Why Do Jamaicans Run So Fast?

In 2008 Jamaica created history at the Olympic Games. Led by Usain Bolt, the fastest man on the planet, this island of just about 2.7 million people beat back all comers to sweep the track events and win an astounding six gold medals. In the wake of this feat, people everywhere were asking one question: How on earth do Jamaicans run so fast?

This affectionate, lively documentary attempts to answer that question, through interviews with the gold-medal winning sprinters, their families and coaches, as well as a number of Jamaican celebrities, including some of its top musicians. In the end, what starts out as a search for the key to athletic prowess becomes so much more—a joyful, uplifting tribute to a nation and its people. 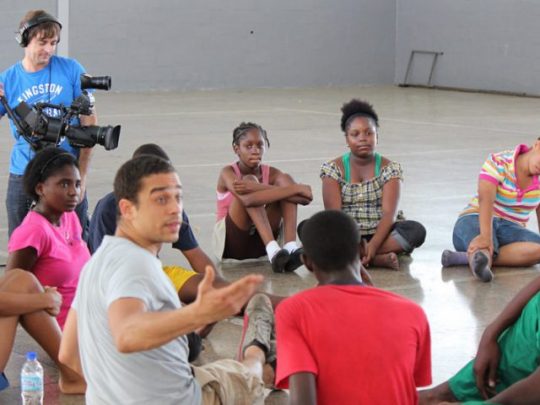 Miquel Galofré has some 20 years experience as a cameraman, editor and director in the Spanish television industry. In 2007 he made his first film, the award-winning short Gua! Pa! Why do Jamaicans Run so Fast? is his first documentary.