Laerte wants to be a professional violinist, but everything in his life seems to go wrong at once. Reluctantly taking a job in a slum school, he’s confronted with a band of delinquent string players — not an easy task even without his intense, perfectionist nature. But the tide begins to turn, and he even discovers a violin prodigy. Then trouble threatens as some of the boys in the band are drawn to an easier life. Classical music is combined with elements of an edgy urban thriller in this quirky, touching drama. 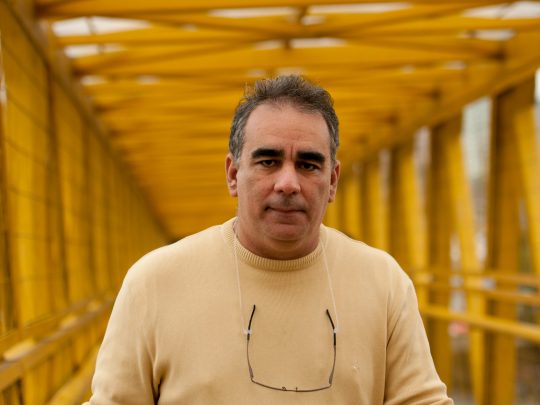 Sérgio Machado of Brazil started making films in 1993.
In 2001, he directed the documentary Onde a Terra Acaba, which won awards at 15 festivals, among them the Biarritz, Havana and Rio Film Festivals. He also won over 30 awards with his first feature Cidade Baixa, among them the Youth Award at the 2005 Cannes Film Festival. In 2007, he directed and co-wrote the TV series Alice for HBO. In 2009, he adapted and directed Jorge Amado’s novel Quincas Berro D’Agua.