Simón Bolívar (1783–1830) is arguably the greatest figure in the struggle for independence in the Americas. This sweeping, stirring epic—anchored by a star-making turn by Édgar Ramírez—tells the story of his life. It depicts the childhood that laid the seeds of Bolívar’s determination to defend the rights of the indigenous and enslaved, and his decadent years in Europe after his wife’s tragic death. Finally it shows his return to South America, his social conscience reawakened, to lead the fight against the Spanish crown for freedom. 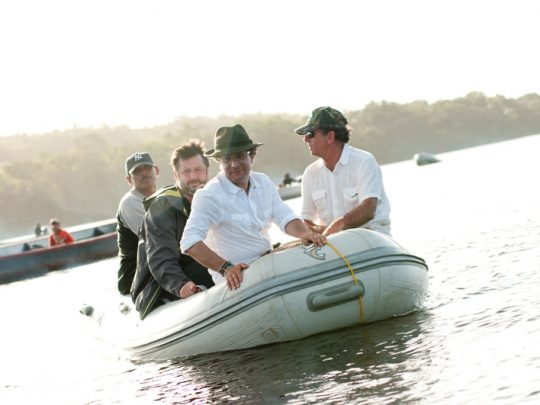 Alberto Arvelo was born in Caracas, Venezuela in 1966. He is an award-winning screenwriter, director and producer of fiction and documentary films. His first films, Candles in the Mist and Mountain Song were released in 1986. The Liberator (2013), his most recent film, is the most expensive film in Latin American cinema history. It premiered at the Toronto International Film Festival.