The Good, the Bad and the Apprentice

Ricardo is hired by an old man to be the caretaker of an empty house. Unknown to Ricardo, the old man is a magician, and soon Ricardo finds himself pulled along on a supernatural adventure. 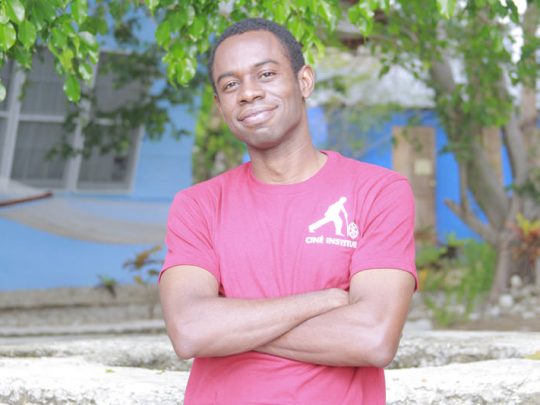 Amiral Gaspard was born and raised in Port-au-Prince, Haiti. In 2011 he moved to Jacmel, to attend the Ciné Institute, Haiti’s only film school. In 2013, he made The Good, the Bad and the Apprentice as his thesis film; it went on to win the first Shadow and Act Fantastical Short Film Contest. Amiral works at Graphcity, a video production company in Port-au-Prince.