Stories of Our Lives

In 2013, a Kenyan collective called the Nest began recording and collecting testimonies of people in the country identifying as LGBT. After several months of touring the country and collecting hundreds of vivid, compelling stories, the Nest decided to turn some of these stories into films. Part human drama, part political protest, part visual poem, Stories of Our Lives is an unforgettable anthology of five short films that characterise the queer experience in Kenya. 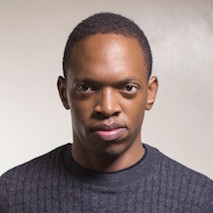 Jim Chuchu is a Kenyan film director, photographer, singer-songwriter and visual artist. In addition to writing and directing Stories of Our Lives, he is the writer and director of several short fiction films, the latest of which is To Catch a Dream (2015).