It seemed like it would be just another average day, but that quickly changed. Nobody knows who did it, but Jacqueline, a local journalist, is determined to figure it out. Together with her cameraman, they set off to find out who’s behind the scream that was so loud it sounded like it circled the earth at least three times. Jacqueline interviews several witnesses, and they each tell a different story. At the end of the day, gossip is just like salt; it’s in everything! 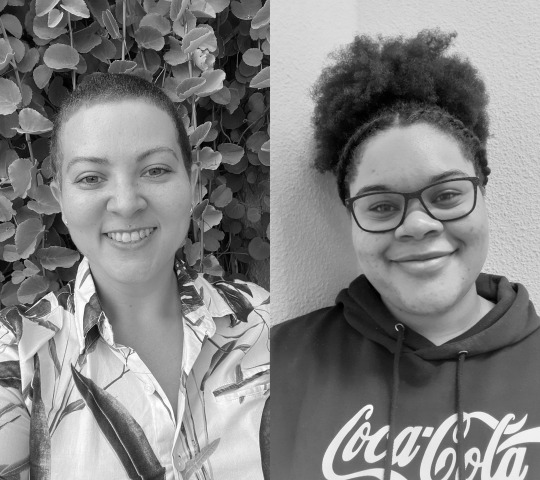 Aïshah Granviel attended Instituto Buena Bista (IBB), Curaçao’s centre for contemporary art, and in 2019 she co-directed the film ‘Salgá’ (‘Salted’). This was Aïshah’s first experience of filmmaking. She is currently studying both Fine Art and Arts and Culture Studies in Rotterdam, the Netherlands. She hopes that the knowledge she gains from her cultural studies course will reinforce her practice as an artist.

Tittel Del Mar was born in Curaçao in 1990. Also, an alumna of IBB, she continued her studies at Willem de Kooning Academy in Rotterdam. Tittel is a full-time creative and has been working in the film industry for many years, doing research, producing, and now making her debut as (co)director of ‘Salgá’ (Salted).