HIS CRITICALLY ACCLAIMED documentary is the story of Jason Holliday, a gay, African-American hustler and aspiring cabaret performer who narrates his troubling story to the camera. Filming took place in director Shirley Clarke’s Hotel Chelsea penthouse apartment in New York one night in December 1966, and ended 12 hours later. Hailed as “a masterwork of great intimacy” by The New Yorker, Portrait of Jason employs avant-garde and cinéma vérité techniques to reach the tragedy underlying Jason’s theatrical, exaggerated persona. The film’s long-lost original print was re-released in April 2013, following a successful Kickstarter campaign to have it restored. 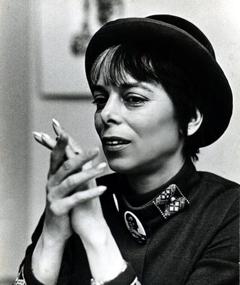 Shirley Clarke (1919-1997) was an American documentary filmmaker. In a career that lasted just over three decades, she directed some 19 films, most of them shorts. A Lover’s Quarrel with the World (1963), her portrait of the poet Robert Frost, won the Academy Award for Documentary Feature. In the 1970s she began experimenting with live video performance, going back to her roots as a dancer. Her final feature, Ornette: Made in America (1985), was a portrait of the jazz musician Ornette Coleman. Portrait of Jason is her most celebrated work.