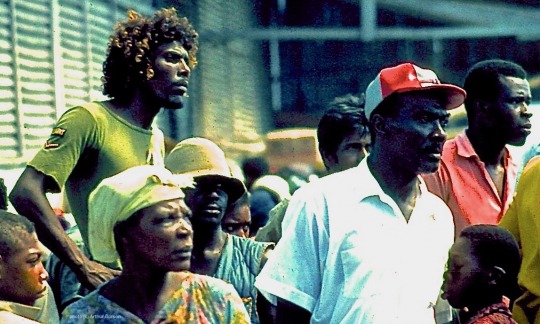 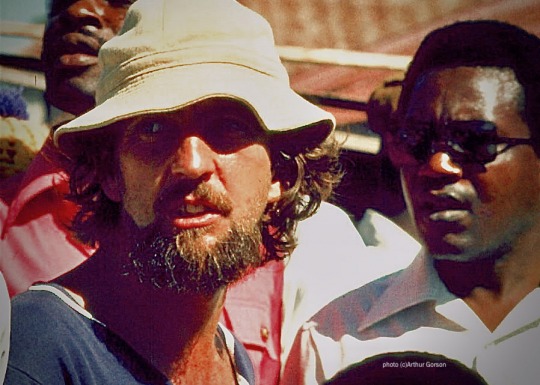 David Garonzik was born in Queens, New York, and studied film at Brooks Institute of Photography, U.C.S.B., and U.C.L.A. Working from his current base in Los Angeles, he has become an important participant in the world of independent film.

Fascinated by film, David studied to be a skilled projectionist. His first job as a projection was in Washington, DC at the age of 17. He would eventually move on to film festivals, operating dozens of highly regarded events such as the Hamptons IFF and Palm Springs IFF. It was at Palm Springs that he was invited by Miramax to manage their new screening room built for Quentin Tarantino. While running Miramax’s screening room, David screened The Harder They Come for the first time and it became a cinema mantra for him. He in turn set out to write and direct a children’s musical set on the island of Jamaica using the best reggae music. While doing research in Jamaica for this project, David had the opportunity to meet Perry Henzell, the filmmaker who had changed his life, and in the process was soon to learn about No Place Like Home, Henzell’s long lost follow-up feature to ‘The Harder They Come’. David was determined to help locate the film’s negative that had been missing for 30 years. He succeeded, and then went on to organized the restoration and finishing with Henzell of No Place Like Home. Through his efforts, the film was finally completed and premiered at the Toronto International Film Festival. David followed No Place Like Home with the documentary, Man Free. Directed by Kinsey Beck, the film teamed Garonzik once again with editor Alexis Chavez, who also edited No Place Like Home. He produced and directed the documentary Perry Henzell: A Filmmaker’s Odyssey, co-directed and produced with noted filmmaker Arthur Gorson. He has just completed work on the documentary Girl for director Kandeyce Jorden, which chronicles several of the most important female DJ’s in the EDM community. David Garonzik currently works with Dick Clark Productions, managing their screening and DI facilities.

Arthur Gorson was born and raised in New York City where he established a career in film and music production. He was lured to his current home in Los Angeles to take a position as feature film producer for Dreamstreet, Inc., with offices at Universal and Paramount Studios. He developed projects with prominent directors such as Taylor Hackford, Colin Bucksey, and Tony Scott.

Mr. Gorson’s extensive feature film screen-credits, as producer, include: “Cronos” by Guillermo Del Toro; “Better Watch Out” and “Road to Nowhere” by Monte Hellman; “Cabeza de Vaca” by Nicolas Echevarria; “Night Watch” by Timur Bekmambetov; and “No Place Like Home” (2019) by Perry Henzell. Among his recent short film creditsare: “The Silent Children”, “Roots of Reggae”, and “A Filmmaker’s Odyssey.” He is currently active in the development of TV series, including: “High & Outside” based on tales of the underbelly of sports by Ned Colletti, and written by Paul Eckstein (creator/writer of “Narcos” and “Godfather of Harlem”); and “Seek to Know No More” directed by Alejandro Toledo and written by Michael Thomas (“Countryman”, “Scandal”, “The Devil’s Double” and “The 33”).

His work has received numerous awards, including: Cannes Film Festival – Semaine de la Critique (Gold); Saturn Film Award; Telly Award; Much Music Award; Billboard Awards; MTV Europe; and Kodak Award. He was a producer, with David Garonzik, of the 3 disc compilation for Shout!Factory “The Harder They Come: Collector’s Edition” which was chosen by the Los Angeles Times as among the “10 Best of 2019.” He is currently president and executive producer at Wild Indigo, LLC.