High up in the mountains of northern Haiti is the towering Citadelle, from where the nation’s autocratic though “democratically” elected president, Jean de Dieu, effects his reign. Styling himself as an imperial monarch, the president keeps a paranoid eye on the television news and a lascivious one on his maidservant. All the while he ruthlessly stamps out opposition to his regime and enforces the rules with a chilling, erratic terror.

On the day that the president is set to welcome a host of foreign dignitaries in celebration of Haiti’s bicentennial, an uprising breaks out in the streets. As the uprising grows and his guests cancel on him one by one, the president comes undone, mumbling to himself like a mad Shakespearean king as fate closes in. Part elegant chamber drama, part absurdist political satire, Moloch Tropical is a scathing critique of absolute power and the corrupt legacy of colonial rule. 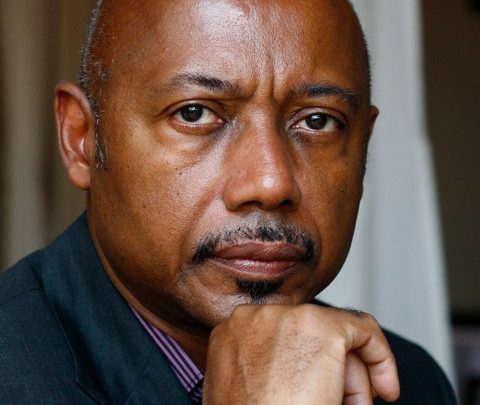 Haiti’s most acclaimed filmmaker Raoul Peck has directed numerous award-winning films. These include Man by the Shore (1993), a fictional account of the beginnings of the Duvalier regime, Lumumba (2002), a biopic of the Congolese leader Patrice Lumumba, and Sometimes in April (2005), a drama about the 1994 Rwandan genocide. Peck briefly served as Haiti’s Minister of Culture under Jean-Bertrand Aristide, and in 2001 was awarded the Lifetime Achievement Award by the New York-based Human Rights Watch.