At this moment in the UK, at least 2,600 trafficked women are being exploited in prostitution. Marginal Voices is a theatre project in London that allows formerly trafficked women to speak in their own words. This film looks at a number of these women as they rebuild their lives, and find their voice through drama. 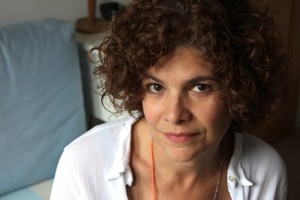 After graduating from film school in London, Karen Martinez returned to her native Trinidad and Tobago, where she worked as a producer and director for the Banyan television series Gayelle. Later on in London she made a number of films for Channel 4, including Kaiso for July 27, a lyrical documentary about the 1990 attempted coup. She is currently making a film about Viv Albertine, ex-member of the seminal all-women punk band, the Slits.