Laura is a university professor researching the legendary Cuban pimp, Yarini y Alberto Ponce de Leon. His murder at the hands of French rivals who controlled prostitution in Havana in the early 20th century made him a folk hero. Delving into the city’s underworld, Laura finds striking parallels between the Havana of today and the past—a city of intrigue, violence and illicit sex. She also finds Yarini reincarnated in the form of two underworld figures, whose rivalry and love for the same woman will have tragic consequences. 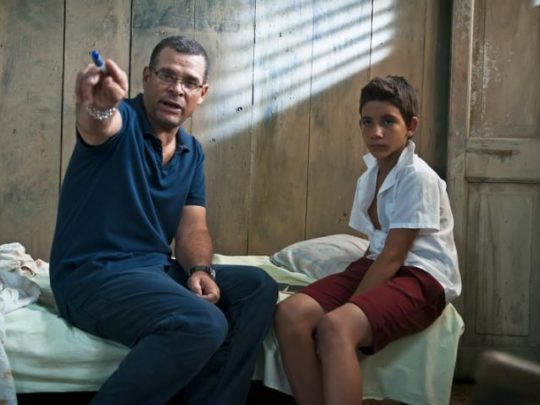 Ernesto Daranas Serrano was born in Havana in 1961 and has worked in film, TV, theatre and radio. In 2004 he wrote and co-directed the award-winning documentary, The Last Bagpipers of Havana. He then directed a television film La Vie en Rose (2006). Los Dioses Rotos is his first dramatic feature.