Half of a Yellow Sun

Olanna (Thandie Newton) and Kainene (Anika Noni Rose) are glamorous twins from a wealthy Nigerian family. Returning to a privileged city life in newly independent 1960s Nigeria after their expensive English education, the two women make very different choices. Olanna shocks her family by going to live with her lover, the “revolutionary professor” Odenigbo (Chiwetel Ejiofor) and his devoted houseboy Ugwu (John Boyega) in the dusty university town of Nsukka. Kainene, meanwhile, turns out to be a fiercely successful businesswoman when she takes over the family interests, and surprises herself when she falls in love with Richard (Joseph Mawle), an English writer. Preoccupied by their romantic entanglements, and a betrayal between the sisters, the events of their life loom larger than politics. However, they become caught up in the events of the Nigerian civil war, in which the lgbo people fought an impassioned struggle to establish Biafra as an independent republic, ending in chilling violence that shocked the entire country and the world.An adaptation of the prize-winning novel by celebrated Nigerian writer Chimamanda Ngozi Adichie, Half of a Yellow Sun is an epic and brilliantly realised film about moral responsibility, the end of colonialism, ethnic allegiances, race and class — and how love can complicate them all. 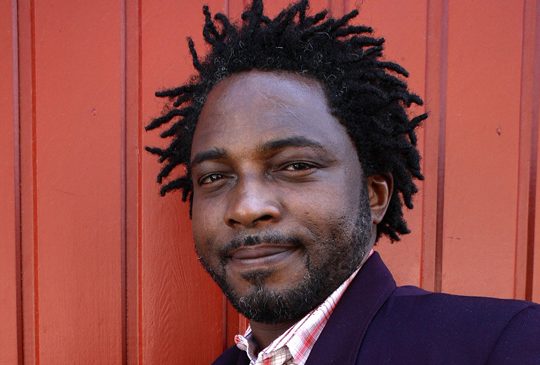 Biyi Bandele is a playwright, novelist and filmmaker. Born in Nigeria in 1967, he studied drama at the Obafemi Owolowo University, Ife-Ife, before moving to the United Kingdom in 1990. He has worked with the Royal Court Theatre and the Royal Shakespeare Company, and was a fellow at Cambridge University from 2000–2001. In 1997 he adapted fellow Nigerian Chinua Achebe’s classic anti-colonial novel Things Fall Apart for the London stage, to great acclaim. Half of a Yellow Sun is his first feature film.