Ten-year-old Eric, along with his dog Lupe, is sent to live with his estranged father in this naturalistic drama that artfully examines class differences in Colombia. Gabriel, a down-on-his-luck handyman, is forced into parenthood, opening up his small Bogotá apartment to unimpressed son Eric. After taking him to a well-off family home where he does carpentry work, he finds that a new world is opened up for Eric. Gabriel’s employer offers to help by taking them away for Christmas but her good intentions merely highlight the class divide between them. 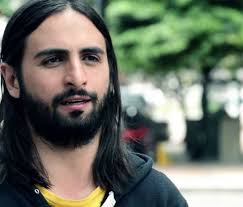 Franco Lolli studied film directing at the Femis in Paris. His graduate film, Como Todo El Mundo, won several prizes in international festivals, among them the Grand Prize at Clermont Ferrand. He recently presented his first feature at Cannes’ Critics’ Week, Gente De Bien, which he wrote at the Cinéfondation Residence of the Cannes Film Festival.