The Firewalkers of Kali

The most spectacular ritual of Indian immigrants after they left the estates was the firepass ceremony, in which devotees walked through blazing flames. Sometimes associated with Hosay, the ritual enjoyed widespread support, until in the 1950s the growth of a more staid Hinduism led to its decline. In recent decades, however, firepass has been revived as part of the emotionally-charged Shakti pujas held in kali temples throughout Trinidad for the physical and spiritual healing of devotees. 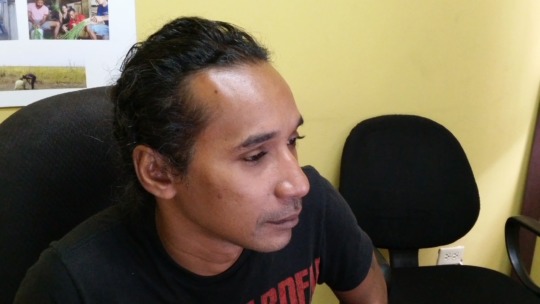 Orlando Dinchong has 17 years experience in video production. He created a 3D animated female red devil Mascot for Carnival Institute of Trinidad and Tobago in 2005. In 2015 he was the main technical person behind his first feature length documentary Our Souls Turned Inside Out . In 2016, he was a part of the art department in Green Days by the River.  The Firewalkers of Kali is his directorial debut.