Juan is obsessed by the death of his father, who was “disappeared” by the Guatemalan military during the country’s civil war. He knows who his father’s informant was, and engages in petty acts of revenge against this man. When a filmmaker arrives in the village to make a documentary about the search for remains of the disappeared, Juan and his mother Delfina are given a chance at achieving some sort of resolution, in this sometimes painful, yet tender testament to the act of not forgetting.

This film is presented in association with World Cinema Fund. 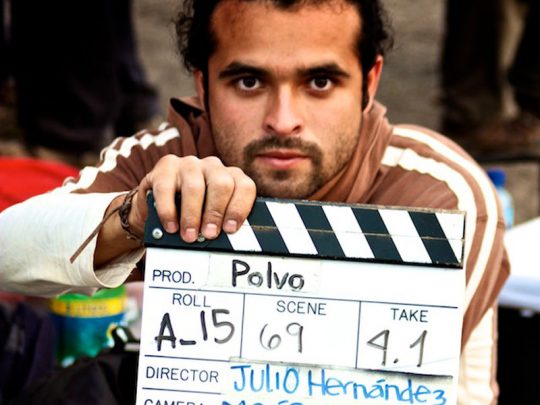 Julio Hernández Cordón was born in 1975 in North Carolina to a Mexican father and a Guatemalan mother. He studied educational communication and journalism at the University Rafael Landivar in Guatemala, and filmmaking at the Centro de Capacitación Cinematográfica in Mexico City. He directed his first feature film, Gasoline, in 2008, which was followed by Marimbas from Hell (2010). Polvo, his most recent film, premiered at the Toronto International Film Festival in 2012.