A gifted songwriter and beautiful singer chase their dreams—and each other—across the globe, from Havana to New York to Paris to Las Vegas. Chico is an ambitious young piano player and bandleader. Rita is a beautiful singer with an extraordinary voice. Music and romantic desire unite them, but their journey brings heartache and torment. A majestic love story rendered in beautiful, bold animation, with original music by the renowned Cuban musician, Bebo Valdés. 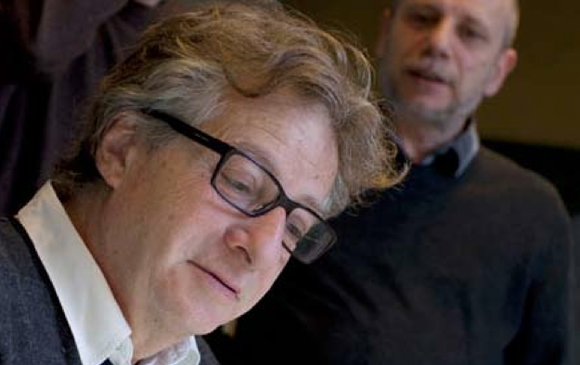 Fernando Trueba (left) is one of Spain’s most experienced filmmakers, with over two dozen films to his credit. His film Belle Epoque (1992), won the Oscar for Best Foreign Language Film.

Javier Mariscal is an artist and designer whose work has spanned a wide range of media, ranging from painting and sculpture to interior design and landscaping. Chico & Rita is his first film.