Corn and his sullen sister Rita set out on an errand for their mother, along what turns out to be a long and winding road, thanks to the eponymous animal (played by Vincent van Goat). The film is set on one of Colombia’s San Andrés islands, which have strong historical links with Jamaica. Hence the language, offbeat humour, colourful characters—and the teens’ fear that it’s a duppy that has caused the chaos. Can the enterprising Corn beat a supernatural jinx? 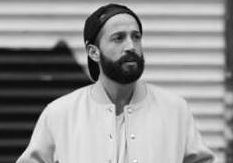