Image: production still from ‘Yellow Girl and Me’ directed by Isabella Issa

We are delighted to announce the short and medium length documentaries in competition at our fifteenth edition festival.

Join us as we celebrate the fifteenth edition of the trinidad+tobago film festival! ttff/20 will take place 09–15 sep 2020, with outdoor and online screenings, talks and presentations, training opportunities and even a few cinema screenings!

Despite what you might think, editing a trailer is an artform in itself and requires a different set of skills to editing longer-form projects. That’s because a trailer condenses the crux of a film or TV show’s story to two-minute morsels that must be compelling while teasing the audience to ensure that they come back for more! A good trailer will form an essential element of your project’s promotional package – think this: you’re more likely to watch a movie if you’ve seen a good trailer for it. And oftentimes, movies that tease with trailers are more likely to build buzz and positive word of mouth before and during their theatrical, broadcast and online runs!

In this all-day online workshop, facilitator, Ryan C. Khan, will explore the key elements of a good trailer – what aspects of the story to leave in, what to leave out; graphics and how to use them to the greatest advantage; choosing the right music and essential information/ data to include in all trailers. Khan will lead participants through a trailer edit, using one of his own short films as a case study. Participants will have the opportunity to pull selects from the film and put together a rough cut trailer which they feel best represents the film. Finally, Khan will lead the participants through a constructive critiquing session of the trailers produced.

By the end of the course, participants will have a much clearer understanding of the elements that make for a strong trailer, as well as how to pull them together for the greatest effect.

This workshop is no longer available. Thank you for your interest.

Ryan C. Khan is one of the many filmmakers emerging from the Caribbean, a new frontier for storytelling. He’s won the Tribeca/Worldview pitch competition at ttff/12. Then in 2013, he participated in the prestigious Berlinale Film Festival Talent Campus and the ttff Filmmakers’ Immersion Programme. His work has also been shown at the Cannes Film Festival Short Film Corner (2014). Khan later began working in the advertising industry, directing TV commercials for major brands within the region. Currently, he directs, produces and edits his own projects under Ryan C. Khan Films while continuing to work within the region, producing projects for major brands.

trinidad+tobago film festival is happy to announce our first masterclass, scheduled to take place during ttff/20. Register to participate online in this intensive five-part masterclass series on the art of creatively and sustainably producing your film with the acclaimed UK film and television producer, Lee Thomas. This course will be held online, so we welcome participants from around the Caribbean.

In a world where all the ‘gatekeepers’ seem to want to say “No”, it’s sometimes difficult to survive as a producer and get your projects funded and out into the world. This masterclass is an opportunity to take stock of your own projects, to grill our experienced facilitator, producer Lee Thomas, and learn from his mistakes.

No questions are off limits as we aim to create and facilitate a supportive environment. By the end of the five sessions, participants will have picked up or reinforced principles of producing that should empower them to make better decisions on their own projects going forward.

This masterclass will be conducted online via Zoom. Once booked, you will receive your login information for access to the online sessions.

Registration for this masterclass is now closed! Thank you for your interest.

introductions + overview of The Last Tree, 90 minutes
In our first session, we will be using the case study of “The Last Tree” to take an “insider-look” at the five year journey from idea-to-screen from the producer perspective. This will include development, financing, casting, shooting, and distribution strategies and how they fit into the overall outline of creative producing.

developing your assets, 90 minutes
The second session explores creative development in more detail. Finding material, evaluating individual ideas, working with creative talent, developing networks and maintaining a stake in your projects. A chance to explore how to develop stories that sell.

the 3 Ps, 90 minutes
Now that you’ve got your story/ idea, we must figure out the best way to represent it. In this session we explore the benefits of packaging, presenting and pitching your project. Participants will have the opportunity to present their pitch for supportive feedback.

financing + fundraising, 90 minutes
This session aims to demystify the principles of film finance. We will be exploring straightforward strategies for securing funds and optimising your potential to profit for your film project, with a special look into the pros and cons of guerrilla vs mainstream approaches.

the recap and q+a
Time to reflect on the case study of: “The Last Tree” and tie everything together. Participants will also have the opportunity to make suggestions on what aspects they would like to expand on in this session and explore more specific issues arising. This will be a very interactive session where feedback will be a key element.

Lee is a feature film and TV drama producer based in the UK. He is currently in post-production on INDUSTRY, an 8-part new drama series for HBO and BBC set in the world of finance, and directed by Lena Dunham. His film producer credits include The Last Tree (2019) which received 4 BIFA nominations and won Best Newcomer and Best Supporting Actress. It was also nominated for the Grand Jury Prize at Sundance Film Festival (2019).

The trinidad+tobago film festival is giving five young people an opportunity of a lifetime! If you’re between the ages of 16 and 21 (inclusive), here’s your chance to apply to be a member of the ttff/20 Youth Jury and help select the winning film for the 2020 Youth Jury Award, which will be presented during the Festival in September.

Applications are open to young people who are interested in, and wish to develop, a critical appreciation of independent film. Applicants must be TT citizens, residents, or based in Trinidad and Tobago for at least one year prior to application. Prospective jury members must apply by writing an essay of no more than 250 words, saying what their favourite movie is and why. Applicants must also provide their name, date of birth, gender, citizenship, residence and school or occupation.

Applications should be sent to: hello@ttfilmfestival.com (subject line: Youth Jury Application). Successful applicants under the age of 18 years will be required to have written consent from a parent or guardian in order to participate in this programme.

The deadline for application submission is 4pm on 15 August.

The five selected jury members will meet online during the ttff/20, under the guidance of experienced film critic B.C. Pires, to view a selection of films dealing with themes and issues affecting young people.

After viewing all the films in competition, the ttff/20 Youth Jury will choose the winning film and the director of this film will receive an award.

“Free Angela and All Political Prisoners”, streaming this weekend at ttfilmfestival.com/watchamovieonus, is a tribute to Angela Davis, radical political activist and leader who spent five decades campaigning for racial justice and respect for black lives in the US and African diaspora. Her work around issues of gender, race, class and prisons has influenced social movements for generations. Directed by Shola Lynch, the acclaimed documentary chronicles the life of Angela Davis as a young college professor and explores how social activism implicated her in a botched kidnapping attempt that ended with a shootout, four dead, and her name on the FBI’s 10 most wanted list.

“Free Angela and All Political Prisoners” will stream to viewers in the Caribbean at ttfilmfestival.com/watchamovieonus, on Saturday 11 and Sunday 12 July, from midnight on Friday night to 11:59pm on Sunday.

Shola Lynch is an award-winning filmmaker best known for the feature documentary, “FREE ANGELA & All Political Prisoners” (streaming this weekend at ttfilmfestival.com) and the Peabody Award winning documentary “CHISOLM ’72: Unbought & Unbossed”. Her independent film body of work and her other collaborative projects feed her passion to bring history alive with captivating stories of people, places and events. Since 2013 she has also served as the Curator of the Moving Image & Recorded Sound division of the New York Public Library’s Schomburg Center for Research in Black Culture. In 2016, Shola became a member of the Academy of Motion Picture Arts and Sciences.

Georgia Popplewell is a Trinidadian writer and media producer and managing director of the international citizen media project Global Voices. She has worked in independent media since 1989 and has written extensively on culture, music, film, and sport. She started her career at the pioneering Trinidad and Tobago television production company Banyan, and is a founding member of Earth Television. She has worked on productions such as the Nickelodeon pre-school series Gullah Gullah Island and helmed the production team for the feature documentary 25 Years of West Indies Cricket. In 2005, Georgia started Caribbean Free Radio, the Caribbean’s first podcast.

The #WatchAMovieOnUs online streaming series is presented in partnership with The National Gas Company of Trinidad and Tobago. 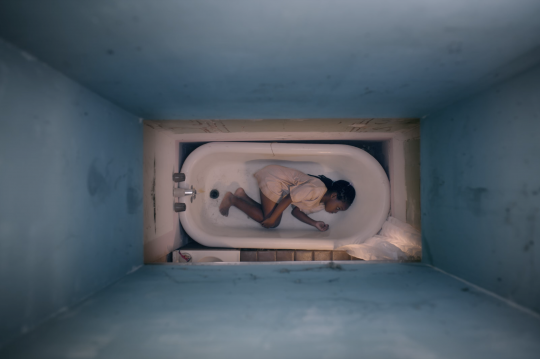 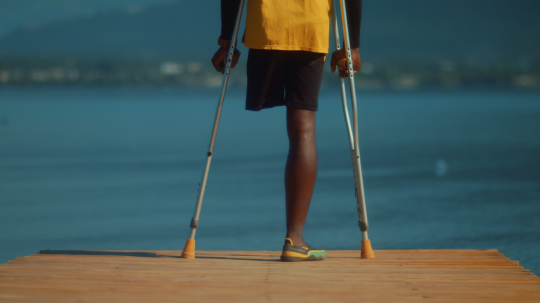 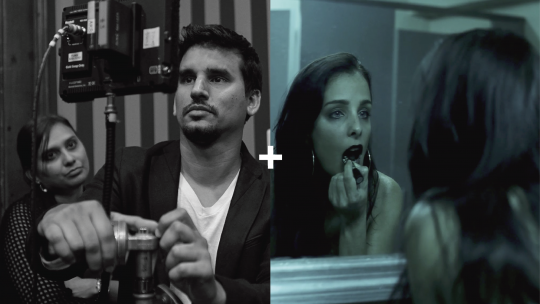 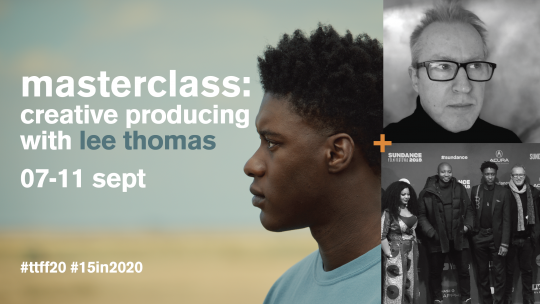 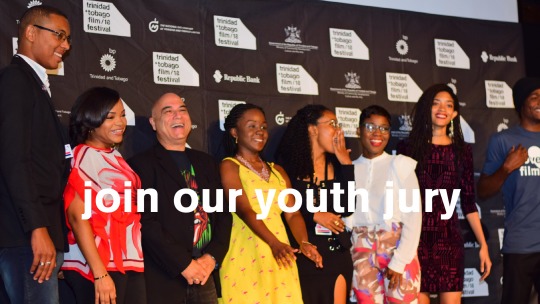 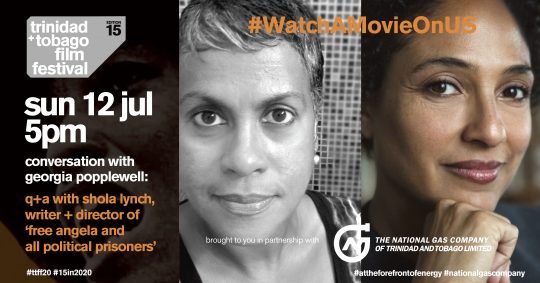