The trinidad+tobago film festival (ttff) is inviting young people with an interest in film to apply to be a member of its Youth Jury during the ttff/16, which will be held from 20–27 September.

The Youth Jury will comprise five young people living in T&T, between the ages of 16 to 21 (inclusive), who are enthusiastic about watching movies with a critical eye, and gaining a better appreciation of the cinematic artform. Applicants must be TT citizens, residents; or based in Trinidad and Tobago for at least one year prior to application.

Prospective Youth Jury members should apply at submit@ttfilmfestival.com by writing an essay of no more than 250 words, saying what their favourite movie is and why. Applicants should also provide their name, date of birth, gender, citizenship, residence and school or occupation. Successful applicants under the age of 18 years will be required to have written consent from a parent or guardian in order to participate in this programme,

Successful jury members will be notified by Friday 26 August.

The five member Youth Jury will meet during the ttff/16, under the guidance of an experienced film critic, to watch a selection of feature-length fiction films that deal with themes and issues affecting young people.

After viewing all the films in competition, the Youth Jury will choose the winning film. The director of this film will receive a trophy plus a cash award of TT$5,000, to be presented at the ttff/16 awards ceremony on 25 September.

As a participant, each Youth Jury member will receive a ttff/16 pass (which provides free entry to all film screenings), invitations to the opening gala and awards ceremony, and invitations to selected social events during the Festival.

The trinidad+tobago film festival celebrates films from and about the Caribbean and its diaspora, as well as from world cinema, through an annual festival and year-round screenings. In addition, the ttff seeks to facilitate the growth of Caribbean cinema by offering a wide-ranging industry programme and networking opportunities. The ttff is presented by Flow, given leading sponsorship by FilmTT, and supporting sponsorship by RBC and The National Gas Company.

RBC Focus: Filmmakers’ Immersion is an intensive development programme that provides ten selected filmmakers from the Caribbean with the opportunity to learn from internationally respected filmmakers and other film professionals. It will be held from 24-26 September 2016, during ttff/16 (20–27 September).

Each filmmaker will enter Focus with a concept for a feature-length fiction film, from which they will be expected to develop a detailed treatment.

At the end of Focus, all participants will be given an opportunity to pitch their project to a jury at the ttff/16. The participant with the best project and pitch, as determined by the jury, will win a cash prize of TT$20,000.

Focus is open to filmmakers from the English-speaking Caribbean, the Netherlands Antilles, and Haiti . Applicants must have completed at least one narrative film (short or feature-length), but no more than two narrative features, as a screenwriter and/or director.

All applicants must submit a maximum three-minute excerpt of a previous film (narrative short or feature) via Vimeo link, stating their role(s) on the film (writer and/or director). They must also submit their résumé and a cover letter stating, in no more than 100 words, the concept of the project they would be bringing to Focus and what makes it unique. Participants will be selected based on the strength of all three criteria.

Applications should be submitted to submit@ttfilmfestival.com .

The deadline for applications is 5pm EST on Wednesday, 20 July, 2016. Successful applicants will be notified by 10 August.

All selected participants will be provided with the materials for Focus, lunch, a Festival pass (which provides access to all film screenings and industry events), and invitations to Festival-related activities. Participants not residing in T&T will be allocated shared accommodation (inclusive of breakfast) at the official festival hotel, and local transport to and from Festival-related activities. 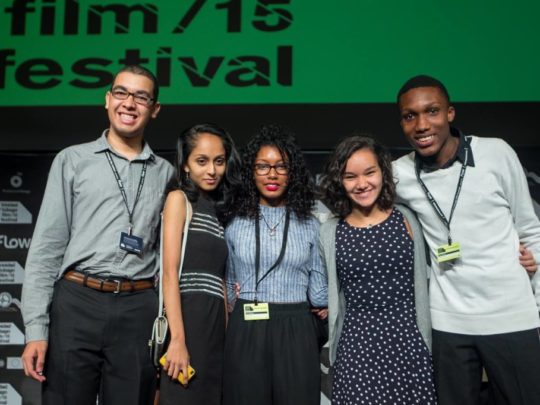 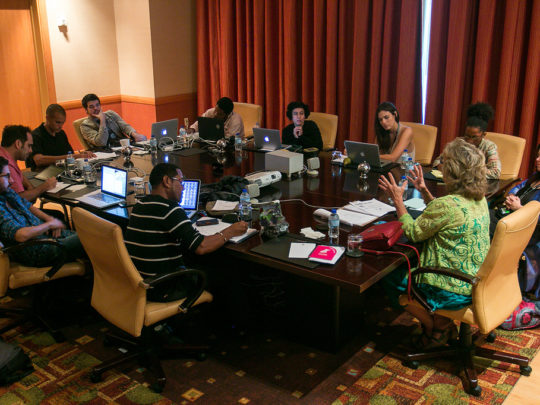