In an effort to bridge the Caribbean and Latin American film industries, the trinidad+tobago film festival (ttff) and the Caribbean Film Mart (CFM) are partnering with Ventana Sur to present five Caribbean feature films in post-production at the Argentinian film market in December.

Javier Fernandez Cuarto, the artistic coordinator of Blood Window, the largest Latin American genre film market hosted at Ventana Sur, was in attendance at the ttff. “We at Ventana Sur were honoured to form a joint venture with Caribbean Film Mart at its inaugural edition to shed light on the Caribbean region,” he said.

“With the specific aim of fostering connections between Latin America and the Caribbean, Ventana Sur will launch, at its seventh edition, Ventana Caribe, for projects in post-production. There will be co-production meetings, a video library and a panel presentation with a ttff representative. We hope this collaboration lasts long and offers support to both our cinema industries.”

After six successful editions, Ventana Sur has indisputably become the main Latin American film market. Each year, it receives more than 2,000 accredited delegates, among whom there are more than 300 buyers and sellers from across the five continents. During the market, there are eight theatres available where films are screened daily, offering potential buyers the chance to watch them on the big screen.

“We have been working towards making deeper connections for Caribbean filmmakers with the Latin American film industry as there are synergies between the filmmakers’ aesthetics and the audiences they serve,” said Emilie Upczak, ttff Creative Director. “It is through these ongoing exposure exercises that we hope to carve out a space for global audiences to begin to enjoy what Caribbean film has to offer.”

The selected projects are:

PLAY THE DEVIL
Writer / Director / Producer: Maria Govan
Producer: Abigail Hadeed
Narrative Feature / 95’ / Trinidad and Tobago
Gregory, a gifted eighteen-year-old from the rural farming village of Paramin in Trinidad, develops an unlikely friendship with a powerful businessman that leads to seduction, obsession and a fateful confrontation during the carnal dance of the devil on Carnival Monday night.

LOOKING FOR STELLA
Director: Kiki Alvarez
Producer: Ivette Liang
Narrative Feature / 110’ / Cuba
Havana, December 2014. A director is looking for an actress for the character of Stella in a Cuban adaptation of A Streetcar Named Desire. A group of actors prepare for the casting. Fiction? Documentary? Unexpectedly, Raul Castro and Barack Obama announce the restoration of relations between the US and Cuba.

UNFINISHED SENTENCES
Director / Producer: Mariel Brown
Producer: Fernanda Rossi
Documentary Feature / 90’ / Trinidad and Tobago
Unfinished Sentences is filmmaker Mariel Brown’s journey to connect with the father she fears she’s lost, writer and poet Wayne Brown. In carefully unraveling the threads of her father’s life, she discovers that his art transcends death and allows her to hear his voice again.

DEMENTED
Director: Andres Ramirez
Producer: Annabelle Mullen
Narrative Feature / 90’ / Puerto Rico
Nathan, a successful photographer, has a secret from his past that haunts him. When he starts having blackouts and his friends show up dead, he is forced to confront his past and himself.

AYITI MON AMOUR
Writer / Director / Producer: Guetty Felin
Producer: Claudy Jean Jules
Narrative Feature / 88’ / Haiti
What else is left to salvage after disaster has struck? Haiti, after the earthquake….In a small fishing village forgotten by the rest of the world, the sea is gaining ground and although the memories of the great disaster still haunts the villagers, life must go on.

The screenings of these short films form part of an exchange between ttff and ESFF. A package of short films from ESFF screened at ttff/15 in September.

“We are particularly pleased to partner with ttff as, like Scotland, T&T has a unique and distinctive culture of its own as well as profound love of film,” said Paul Bruce, Festival Director, ESFF.

Founded in 2011, ESFF evolved from the Leith Short Film Festival which was a community event that formed part of the Leith Festival. ESFF is now the largest dedicated short film festival in Scotland.

The ttff, founded in 2006, celebrates films from and about the Caribbean and its diaspora, as well as from world cinema, through an annual festival and year-round screenings.

The seven ttff selections that will screen at ESFF are:

In addition to all the films having screened at past editions of the ttff, 10 Ave Maria, ABCs, Old Moon and Passage all won jury prizes at the Festival.

Editorial Director of the ttff, Jonathan Ali—who will be present at ESFF to introduce the film package—said, “The Scottish presence and influence in T&T and the Caribbean goes back over 200 years. So we look forward to presenting films from the region to a Scottish audience, just as we were thrilled to present shorts from Scotland and elsewhere at ttff/15.”

Image: A still from Old Moon 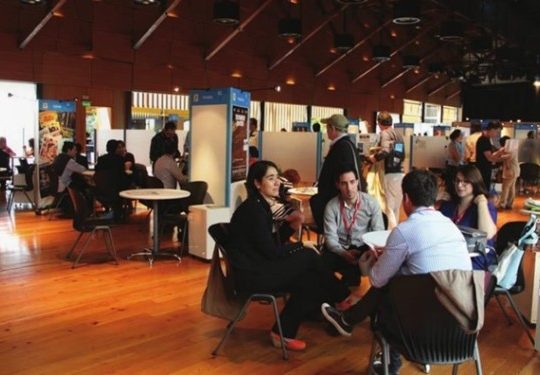 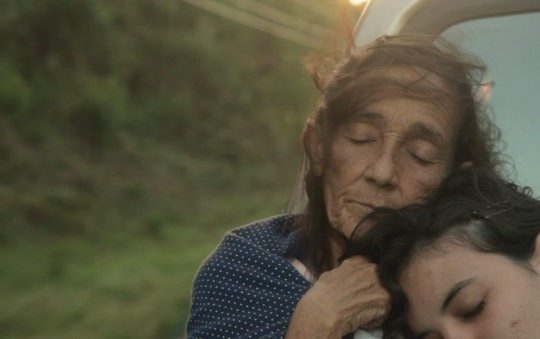