The last quarter of the year is important on the international film festival calendar, particularly where Caribbean film fests are concerned. The ttff, of course, takes place at the end of September. The Dominican Republic Global Film Festival happens in the middle of November. And the Bahamas International Film Festival (Biff) and International Festival of New Latin American Cinema (or Havana Film Festival as it’s popularly known) both occur at the beginning of December.

As I noted in this post, attending other film festivals is an important way for the ttff to be able to grow and remain a vibrant, cutting-edge entity. It’s a key way for us to make connections with film industry professionals who can facilitate workshops, speak on panels and serve on our jury, as well as a way to discover great films that we can show at the ttff. (And, ultimately, it’s all about the films.)

With these things in mind, the ttff’s Creative Director, Emilie Upczak, and our Art Director, Melanie Archer, jetted off to Biff, followed by the Havana festival. (Emilie also attended Biff as a filmmaker; her short documentary Y-ning? was in official competition.)

According to its mission statement, Biff, which celebrated its ninth anniversary this year, is “dedicated to providing the local Bahamian community and international visitors with a diverse presentation of films from around the world”; it is also intent on “offering films that might not otherwise be released theatrically in the Bahamas”, which also happens to be one of the missions of the ttff with regards to Trinidad and Tobago. According to Emilie and Melanie the lineup at Biff was quite strong, with a few films looking like possible ttff/12 selections. Two Biff selections were actually prize-winning ttff/11 films: Storm Saulter’s Better Mus’ Come, which picked up the audience award at Biff for best feature (as it did at ttff/11), and Francisco Pardo’s short 10 Ave Maria.

After the Bahamas it was off to Cuba, and the oldest, most prestigious film festival in the Caribbean. Cuban cinema has a storied history, and the 33rd annual Havana film fest showed the best new Cuban cinema, as well as the best new and recent films from the Spanish-speaking Caribbean, Latin America, and certain other countries around the world. (There was also a smattering of films from the non-Spanish speaking Caribbean.)

The Cuban people love cinema, and the Havana festival takes place at 19 theatres across the city. Despite the long lines, Emilie and Melanie were able to see a number of films, including the new film starring Miriel Cejas, lead actress in the ttff/11 selection Boleto al Paraíso and a guest of this year’s Festival. As with Biff, Emilie and Melanie made connections with the directors of a number of strong films, films that could end up being ttff/12 selections. They also met up with the Colombian filmmaker Ciro Guerra, whose beautiful film The Wind Journeys was a ttff/10 selection and who was a guest of the Festival last year; he was in Havana serving on one of the festival’s several awards juries.

Melanie and Emilie also had the pleasure of visiting with Cuban designers, and met with a number of people from ICAIC, Cuba’s national cinema institute. All in all they report their stays in the Bahamas and Cuba were highly successful; the fruits of their travels will be seen at the ttff/12. We hope you’ll be there!

Free film screenings this weekend in Mayaro will round out the programme of events for the trinidad+tobago film festival (ttff) for 2011.

Presented in association with bpTT, the Big Mayaro Movie Weekend takes place this Saturday 17 and Sunday 18 December at the Mayaro Resource Centre.

The excitement begins on Saturday with a screening of the Brazilian film Besouro, a ttff/11 selection. Set in the early 1900s, Besouro is a spellbinding action-fantasy that tells the story of a great capoeirista (Brazilian martial artist) with mystical powers, who rises up to defend his people against the brutal local sugar plantation bosses.

Along with the film there will be a barbecue, bar and DJ music. Gates open at 6pm and the movie, which is for persons ages 14 years and older, starts at 7pm.

Then on Sunday there will be a family day, with a screening of Wind Jammers, also a ttff/11 selection. Wind Jammers is an uplifting, feelgood film that follows Justice, a teenage American girl, who moves to the Bahamas and must face down prejudice at the exclusive yacht club when she attempts to learn how to sail. The film will be preceded by some short Kenyan animations, Tinga Tinga Tales. The screenings are for all ages.

Also on Sunday there will be such activities as bouncy castles, food stalls, live parang, and swimming in the centre’s pool. Gates open at 1pm and the screenings begin at 2pm. Entry to both days’ events is free of charge.

Image: A still from Besouro

Forging links with other film festivals

One key way the ttff is able to grow and remain a vibrant, cutting-edge entity is through its associations with other film festivals in the region and around the world. In addition to members of the ttff team attending major festivals such as Toronto, Miami and Cannes, we also have official partnerships with other festivals, such as Femi in Guadeloupe and ZIFF in Zanzibar.

Attending and having links with other film festivals serves various functions. Seeing how other, often more established, festivals operate can provide us with valuable lessons on how to improve the ttff. Also, the networking opportunities other festivals provide is invaluable—there’s no better way to make connections with film industry professionals who can facilitate workshops, speak on panels, or serve on our jury. And, perhaps most importantly, by attending other festivals we’re able to discover great films that we wouldn’t otherwise have known about.

Two members of the ttff team recently returned from attending a couple of other film festivals. Co-director Annabelle Alcazar attended the Verona African Film Festival in Italy, which ran from November 11-20. The oldest film festival in Europe screening exclusively African and African diaspora content, the Verona festival celebrated its 31st anniversary this year, and had as its theme “Revolution, the Arab spring and the diaspora”. Not only did Annabelle attend the festival as a representative of the ttff, she also had the honour of serving on the festival’s jury.

Also recently taking place was the fifth annual Dominican Republic Global Film Festival, at which ttff Founder and Festival Director Bruce Paddington was a guest. The DRGFF is one of the fastest-growing festivals in the Caribbean, and screens from content both from the region and around the globe.

Both Annabelle and Bruce reported their experiences to be quite successful ones, in terms of securing possible content for the ttff/12 and forming official links with the respective festivals. Follow-up discussions are to be held and we’ll bring more news then.

Photo: ttff Founder and Festival Director Bruce Paddington (fourth from left) with fellow guests at the Dominican Republic Global Film Festival, including, second from left, Gina Belafonte, producer of the documentary Sing Your Song (a ttff/11 selection), and, far right, French actor Jimmy Jean-Louis, star of such films as Orpailleur and Moloch Tropical (both ttff/10 selections).

Free film screenings in three communities—Belmont, Mayaro and Tobago—will round out the trinidad+tobago film festival’s events for the year.

On 5 December at the Technical Vocational Centre for Persons with Disability in Tobago, there will be a screening of the film Body and Soul. An uplifting documentary from Mozambique about persons with physical disabilities who have overcome prejudice to lead full, successful lives, the film will be screened to an audience comprising the centre’s students, their parents and teachers.

Next, on 15 December, a screening will be held at the Belmont Community Centre. This is taking place in association with bpTT and the Retiree-Adolescent Partnership, a mentorship organisation which brings at-risk youths together with retirees.

Thanks to all our fans for making 2011 such a successful one for us. We’ll be back in the new year with an exciting programme of events, leading up to the ttff/12. 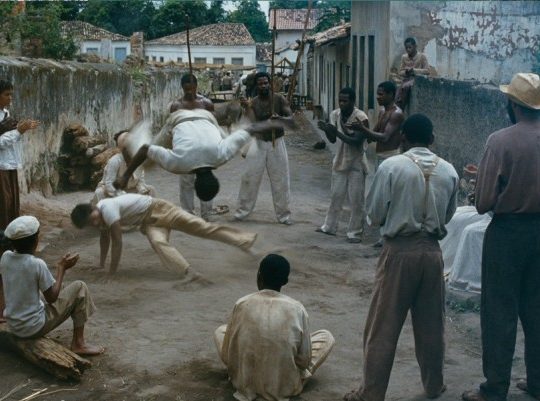 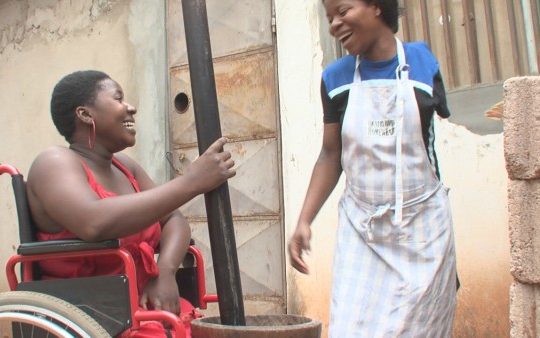