The trinidad+tobago film festival (ttff), in association with RBC Royal Bank and the Commonwealth Foundation, invites applications for Focus: Filmmakers’ Immersion and a subsequent pitch session and competition, with an ultimate prize of TT$20,000.

Mission and objective
Focus: Filmmakers’ Immersion will be an intensive three-day development programme that provides 10 selected Caribbean filmmakers with the opportunity to learn from professional film artists. It will be held from 20–22 September 2011, to coincide with the opening of the ttff/11 (21 September–04 October), and takes place at the beautiful Ajoupa Pottery in central Trinidad.

Focus will include group discussions on a range of topics concentrating on the artistic side of dramatic filmmaking, sharpening the skills and abilities of participants. There will be a particular emphasis on enhancing the filmmakers’ creative voice.

Each filmmaker will enter Focus with a concept for a feature-length dramatic film, from which they will be expected to develop a detailed treatment (not a shooting script).

Ms Torres and Mr D’Oliveira will lead participants through various creative exercises, and will bring a sensitivity to the context in which Caribbean filmmakers are creating work.

Pitch session and competition
At the end of Focus, the facilitators will choose their top five participants. These five participants will be given an opportunity during the ttff/11 to pitch their project to the film festival’s five-member awards jury at a public event. The participant with the best project and pitch, as determined by the jury, will win a cash prize of TT$20,000.

Eligibility
Focus is open to emerging Caribbean filmmakers (citizens of Caribbean countries living and working in the Caribbean), who have completed at least one dramatic film (short or feature-length).

Applications
All applicants must submit a maximum five-minute excerpt of a film project (dramatic short or feature) on DVD, stating their role(s) on the film (writer, director, or creative producer). They must also submit a cover letter stating, in 100 words or less, what they hope to achieve if selected for Focus. Participants will be determined based on the strength of both these submissions.

Applications should be sent via mail or delivered in person to:

The deadline for applications is 31 July, 2011. Successful applicants will be notified by 15 August.

Only successful applicants will be notified. Submitted materials will not be returned.

If you have any questions about Focus and the application process, please contact us at hello@ttfilmfestival.com.

Here’s another ttff/11 movie night you won’t want to miss:

We’re bringing you two movies during this year’s WeBeat celebrations in St James and we hope you’ll join us on Tuesday, June 7, from 7-9pm at the St James Amphitheatre. We’ll be showing Africa Unite, a sure hit for fans of reggae music and Bob Marley, and The Suspect, a dramatic short by Trinidadian director Leroy Smart.

The Suspect premiered in 2010 at the ttff. The action takes place on a bus, where a passenger begins to suspect that a crime is about to take place.

Africa Unite (USA, 2008) brings together the family of Robert Nesta Marley as they celebrate in music what would have been the reggae giant’s 60th birthday. The movie follows three generations of Marleys as they journey to Ethiopia in 2005 for the annual Africa Unite concert in Addis Ababa. The concert features music from the younger generation and rare footage of their legendary relative in action, as they promote his vision for a united Africa. The movie was directed by Stephanie Black.

Hope to see you there!

Food and beverages will be available for sale.

A passenger on a bus begins to suspect that a crime is about to take place. Is he right, or merely being paranoid?
[/box_light]
[box_light]
Africa Unite
Director: Stephanie Black
Country: USA
Genre: Documentary
Year: 2008
Duration: 92′
View on IMDB

Part tribute concert and part travelogue, Africa Unitebrings together the family of Robert Nesta Marley as they celebrate in music what would have been the reggae giant’s 60th birthday. The movie follows three generations of Marleys as they journey to Ethiopia in 2005 for the annual Africa Unite concert in Addis Ababa. The concert features music from the younger generation and rare footage of their legendary relative in action, as they promote his vision for a united Africa.
[/box_light] 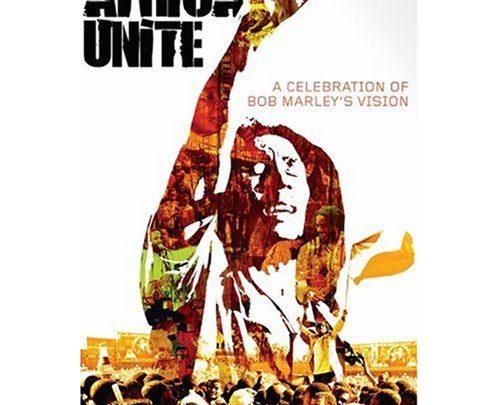